Every year more and more people stop their cable television service and opt for services like Netflix, Amazon Video, Hulu among others. Why is this happening? Well, people don’t want to watch commercials anymore, they don’t want to wait for next week to catch the next episode, they want to watch it in their own time and this is what these services give them. Today I decided to pick my Top 10 Netflix Series, so when you are deciding what to watch here you have some options. The list is not in any specific order, I love all of them!!  Hope you enjoy!!

Las Chicas del Cable– For me “Las Chicas del Cable” was amazing!! I love strong female roles and this one definitely is in the top. In a world dominent by men these 4 women, Alba, Carlota, Angeles and Marga, are trying to make a way for themselves. In 1928 when

the first national telephone company opens in Madrid, they start working for the company and we will now learn everything they go through to be able to reach their goals and be free.

money you didn’t matter, it takes place between 1906 to 1907 in Cantaloa, Spain. Julio Olmedo, Yon González,  arrives at the Grand Hotel to visit his sister, Cristina. When he arrives he finds out that his sister was fired for a theft a month before, but he doesn’t believe this story. Convinced that there is something else going on he stays at the Grand Hotel working as a waiter to find out the truth. While in this journey he meets the love of his life, Alicia Alarcón, and his best friend, Andres Alarcón.

Velvet – Is all about fashion and here in Velvet is not the exception. A Spanish story in 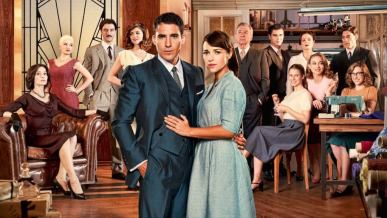 Madrid based in the late 50’s. Where Ana and Alberto will fight for the love agains anything that gets in their way and prove that true love does exist. With a cast that will make you stay tune through the whole series, and nonetheless the secondary characters will become your favorite ones like Pedro and Rita.

Velvet Colección – After 5 years some of our favorite characters from Velvet come back in this series, where Ana comes back from New York to launch her dream of  opening 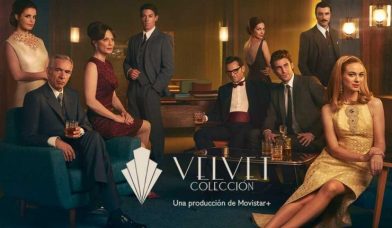 a boutique in Bacerlona. Leaving Clara as Director of Velvet, also joining her are Pedro, Jonás, Doña Blanca, Don Emilio, Mateo, Enrique and the great Raúl De La Riva. This series for me was amazing being able to relate the second part to the beginning  is great and my favorite thing is that same characters are in both, which is one of my biggest pet peeves when it comes to doing a second version of a show.

Santa Clarita Diet – In this interesting American horror-comedy, Drew Barrymore and Timothy Olyphant are a married couple of realtors, Sheila and Joel, living a nice, happy live with their daughter in Santa Clarita, CA.  When all of a sudden everything changes when Sheila goes through a dramatic transformation that sends her down a road of death and destruction, though at the same time she feels better than ever. This for me was really funny, even though I have never enjoyed gross scenes on shows or

movies, for this one because is done in a funny kind of comedy way it doesn’t really bother me. I love the chemistry between Barrymore and Olyphant, they do a great job together and really capture the comedy on screen.

One Day at a Time –  This Netflix-original series is inspired by the same name series from 1975.  About a Cuban-American family living in the United States and the challenges in their daily life. The series tells the story of Penelope, a newly single

Army veteran, raising her two children with her mother, an old-fashioned Cuban mom.  This series for me was very touching, I felt greatly identified with it because of the latin part of it. I think even though I am not Cuban, we latinos feel alike and were raised a lot alike and this series takes us back to that. Showing us that with family everything is possible and love can conquer everything.

Girlfriend’s Guide to Divorce –  It doesn’t matter if you have or haven’t actually been divorced, but if you’ve had a relationship that didn’t end well, this is the series for you. The story about how Abby McCarthy, author of self-help books and guru to people with family issues, comes to a dead-end in her marriage and has to let everyone know 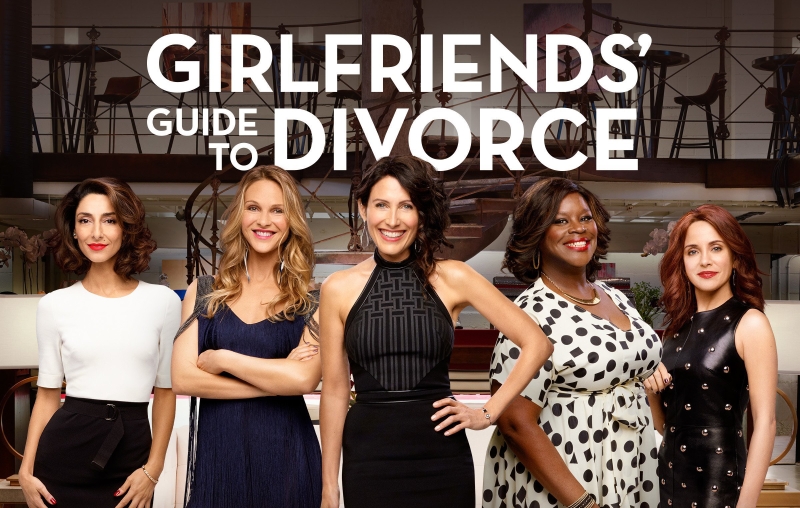 she has separated, which will bring some stress to her career as well.  Helping her deal with this, she turns to her friends, Lyla and Phoebe. Both of whom are divorce and then hires Delia, Divorce Lawyer, to be her lawyer. The series is still on air and you can find on Netflix but is a Bravo original series.

Fuller House –  I always remember I wanted to have that cool uncle like Uncle Jesse, and little Michelle was sooo cute. So having Fuller House is like going back to that

great family that we all loved when we were little and we wanted to know what they were up to. In this spinoff series Candace Cameron Bure, Jodie Sweetin and Andrea Barber return  as D.J., now widow and a mother to three sons, finds herself back in her childhood home alongside her sister Stephanie, and  her lifelong friend Kimmy Gibbler, who is also a single mother. All together under one roof experiencing the challenges of life and love, when Steve and a new love interest, Matt appear in DJ’s life.

Casa de Papel (Money Heist) –  Who would think that after watching this series, you actually want the bad guys to get away with the crime, LOL. A criminal mastermind, “The Professor” has a plan to pull off the biggest heist in history. He wants to print billions of euros in the Royal Mint of Spain.  Little by little he starts recruiting his team

that will at the end be form by Tokyo, Denver, Río, Nairobi, Moscú, and Berlín to help him accomplish his plan. The group of thieves take hostages to aid in their negotiations with the authorities, who strategize to come up with a way to capture The Professor.

Grace and Frankie -Their husbands are partners at a Law Firm and they have been enemies for as long as they can recall. When one day their husband’s plan a dinner for 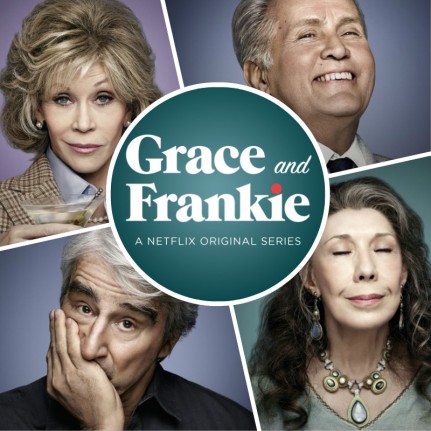 the four of them to break the news to them that they  have fallen in love with each other and want to get married. When everything starts falling apart in their lives they just have one option, that is to rely in each other.  Since the first episode I fell in love with both ladies, I felt that the difference  between each other is what pulls them together and what makes the series so funny. Now Grace and Frankie need to embark on this adventure called life together and show their families they will be ok.

I hope you have enjoyed my fave list and that you will enjoy the shows. The list I have made is based only in my personal opinion, though some of them have been trending lately. Some of the series are not original from Netflix, but they are available there for you guys to enjoy!! My go to app to watch shows or movies is Netflix and I definitely recommend it!! No go binge-watch!!!

3 Comments on “10 Fave Series in Netflix”